The speaker started his lecture with a vocal phrase ‘Land to the tiller’ a popular slogan of the Left. Then he spoke on the tensions between Ambedkar and the CPI during the 1940s and 1950s. He argued that CPI (as well as Marxist historians) despite claiming that it had a revolutionary program, it sought to retain class structure in the agrarian society. On the hand, Ambedkar had a program that aimed for classless agrarian structure. Further, the CPI always maintained an antagonism towards Ambedkar and sought to join Congress. CPI's politics were reflected considerably in the Marxist historiography of India and it primarily projected Ambedkar as a divisive and problematic figure of India.

Feedback:
It was an interactive session and the lecture was received with admiration by the students. This program helped students to understand a different a perspective. 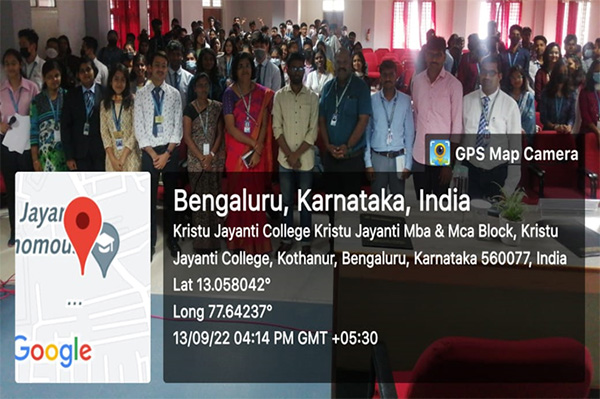 Download the ( Kristu Jayanti + ) App for easy access and to keep yourselves updated with the latest news & activities on the campus. Download from Google Play store (android devices) and app store (Apple devices).|